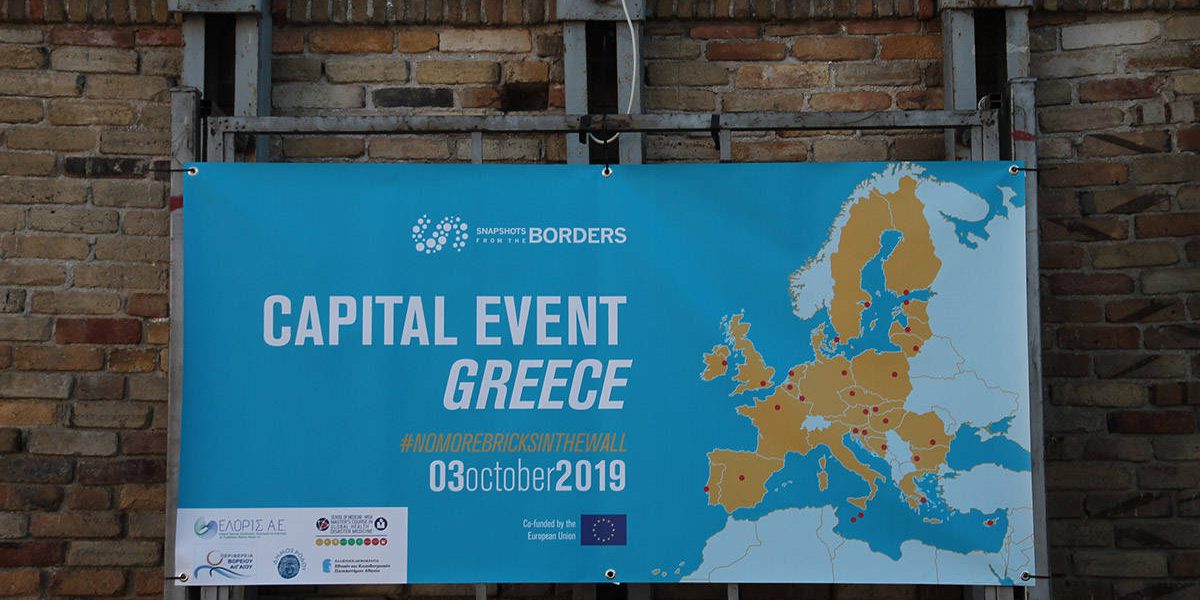 The Day of Pan-European Awareness and Information Action on the major issue of the refugee / immigration crisis was successfully completed on Thursday, October 3, 2019 as part of the Snapshots From The Borders project in the “Old Bakeries” hall of the Technopolis of the Municipality of Athens. ELORIS and the MSc World Health – Disaster Medicine, of the Medical School of the National and Kapodistrian University of Athens.

The event opened with the screening of the film “Winter in Lampedusa” directed by JaKob Grossmann, which dealt with the difficult situation of the inhabitants of the island of Lampedusa in Italy during the winter of 2016 when the inhabitants were left without the ship provided the island with the necessary supplies and enabled them to sell their fish in Sicily while, at the same time, they had to deal with the large influx of refugees who ended up on the island in their attempt to reach Europe.

The event ended with two open discussions with the public

where a number of state representatives, academics and civil society organizations took part in order to assess the involvement of local government and local communities in the management of immigration so far.

The speakers present were

– Vassilis Moraitis, Representative of the Municipality of Rhodes

– Vati Diana Aphrodite, President of the Legal Entity for Sports, Culture and Tourism

– Christidi Elena Olga, Responsible Psychologist of the Hellenic Program for Investigation and Certification of Victims of Torture (NGO “METADRASI”)

– Patestos Dimitris, Cardiologist, Medical Coordinator of Doctors of the World Greece in Moria

The moderator of the discussions was Agis Terzidis, Pediatrician, Assistant Associate, Medical School, EKPA and former Vice President of EODY.

It is a three-year cooperation project funded by the European Union (under the EuropeAid Dear action) with the participation of thirty five (35) partners, from 14 European countries.

Specifically, 17 local authorities and 14 civil society organizations participate in this project. Snapshots From The Borders aims to improve the critical understanding of European, national and local decision-makers and the general public about the global interdependencies that determine migratory flows to European borders, in order to achieve the Sustainable Development Goals.

In particular, the project aims to create a new trans-European network of cities directly addressing migration flows across the EU border, as a means of promoting more effective cohesion policies at all levels (European, national and local).

An electronic resolution has been created as part of the project to declare October 3, European Day of Remembrance.

Partners in Greece are:

More information about the project